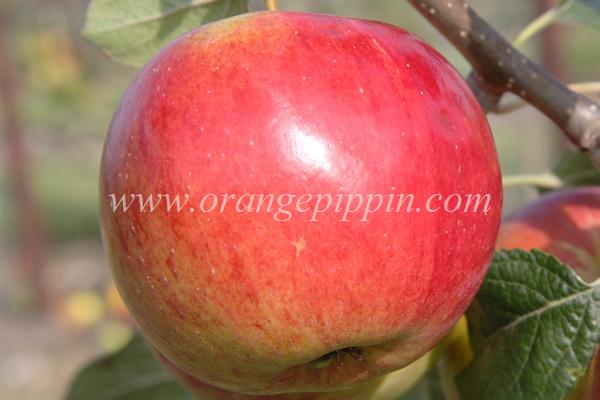 One of a number of new varieties developed by the Laxton Brothers Nursery in the UK in the early 1900s and grown commercially on a small scale. It remains a popular garden variety in the UK, but is a noted biennial bearer.  It is a useful substitute for Cox's Orange Pippin (one of its parents), having some of the aromatic flavour of that variety but much easier to grow.

Whilst most apple varieties are not self-fertile (they cannot pollinate themselves and need a nearby apple tree of a different variety to set fruit) it is interesting that there is a streak of self-fertility running through Cox's Orange Pippin and its offspring, and Laxton's Fortune is partially self-fertile.  This means it will probably set light crops even if there is no pollination partner nearby - but cropping will be better with another variety to cross-pollinate the blossom.

Fortune is often referred to as Laxton's Fortune - do not confuse with the 1995 variety also called Fortune, released by Cornell University in the USA, a cross of Empire and Schoharie Spy.