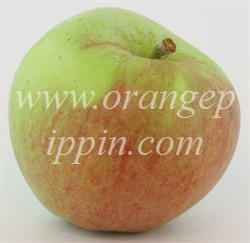 Winesap is a well-known American heirloom apple, and was a major commercial variety in Virginia during the 19th century.  Its origins are unknown but it probably dates back to the 18th century.  It has all the qualities needed for commercial production - it is a regular heavy cropping tree with very little biennial tendency, and the apples can be kept in natural cold storage for a good 3 months or more.  It can be eaten fresh but is primarily a culinary apple, also popular for juice/cider production.

Commercially Winesap was eclipsed during the 20th century by varieties such as Red Delicious, and to some extent by one of its own offspring Stayman (Stayman's Winesap) which has many of Winesap's qualities but a sweeter flavor.  However it remains a respected and popular garden apple tree, with the additional advantage of having blossom that is unusually red by apple standards.