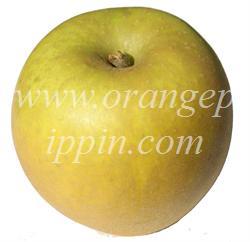 When first released it was thought to be a cross between Cox and Idared, but genetic testing by the Frank P. Matthews nursery which Hugh Ermen worked with subsequently found it was Cox and Golden Delicious.  This makes it a close relative of Rubinette, another Cox x Golden Delicious cross.

Both Cox and Golden Delicious have a slight tendency to russeting, so it is perhaps not surprising that some of their offspring should exhibit this characteristic.

As you might expect from this combination, the flavor is extremely good.