King of the Pippins apple 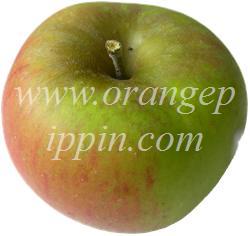 A popular 19th century apple, very widely grown in Europe at the time, and versatile for culinary and dessert uses.  King of the Pippins is a sharp, firm, juicy apple which sweetens in storage.

If this variety were discovered today it would hardly merit the title "King" of the pippins, or even "Reine" de Reinettes" (queen of the reinettes) as it is called in France.  However back in the late 18th century when it first became known the name was probably more appropriate.

The main attraction of King of the Pippins today is its versatility.  It can be used as a dessert apple but also has many culinary uses.  It keeps its shape when cooked and brings an authentic old-fashioned flavour.  The sweet-sharp juice is also useful for making fresh apple juice and in cider-making.

King of the Pippins identification photos

The following tree nurseries offer King of the Pippins apple trees for sale: