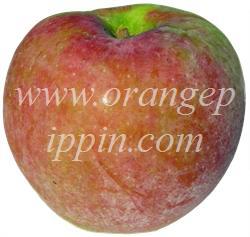 A very large apple that can be quite sweet and pleasant when eaten fresh but basically it is a cooking apple.  However, we note that many visitors to this website disagree and think it is a good eating variety too!  Partially self-fertile like one of its parents, Newton Wonder.