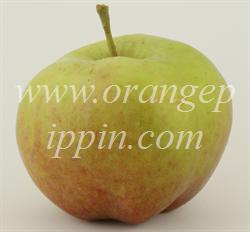 Baldwin was one of the most important American commercial apples in the 19th century, being an excellent keeping apple and with a fairly thick skin which made it able to withstand long-distance transportation.

Baldwin is a genuine dual-purpose apple.  The flavor for eating fresh is sweet and unpretentious, but crisp and pleasant.  It is equally at home in the kitchen where it retains its shape when cooked, and lends a moderately rich sweet flavor to apple pies.