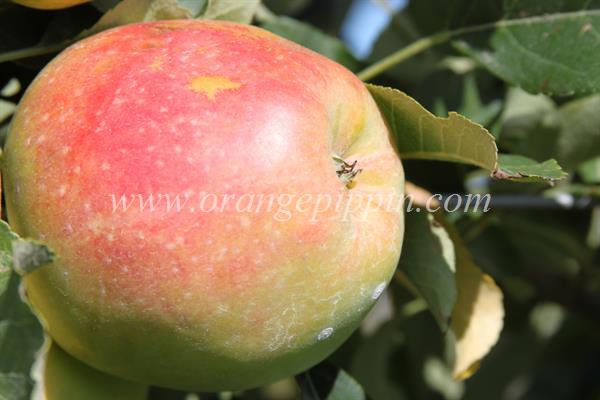 Anna is a Golden Delicious-style apple, developed in Israel specifically for cultivation in "low-chill" areas where winter temperatures rarely drop to freezing.  Most apple varieties require around 800 hours or more of winter temperatures in the range from about 6C / 45F down to freezing, in order to become properly dormant, which is an essential part of their annual cycle  - this is the "chill requirement".  Anna has an exceptionally low chill requirement, and will thrive even in climates where temperatures dip towards freezing for only 300 hours or so each winter.  This makes it ideally suited to climates such as southern California and southern Texas which are in USDA zones 8-10.

Anna is likely to flower in February in zones 9 or above. It is often paired with Dorsett Golden, another low-chill apple variety, however Dorsett Golden flowers later, and the flowering times do not always overlap.

Anna is a very early-season apple, ripening in late June / early July.  It bears fruit early in the life of the tree.