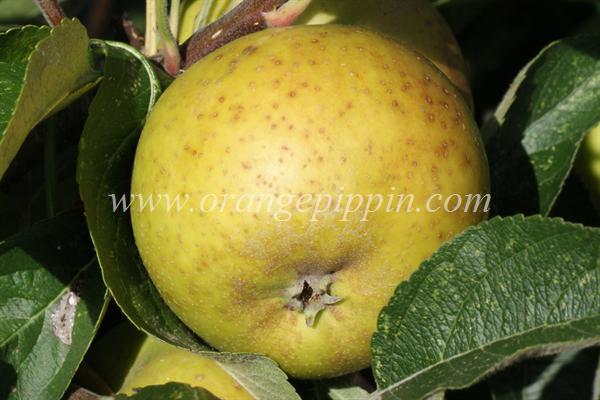 Nonpareil is one of the oldest of all apple varieties.  The Victorian pomologist Robert Hogg believed it came from France to England in the 16th century, and noted that its aromatic qualities were apparently better appreciated in England than in the land of its birth.  Hogg noted that Nonpareil grew best in the south of England (closest to France), and the flavour was less successful when grown in the north of England.

Nonpareil belongs to a small group of apples which have the flavour of pear-drops.  This flavour component is fairly unusual, but is also found in one of Nonpareil's probable descendants, Ashmead's Kernel.

Visually, Nonpareil's dull russet colouring is not that attractive - the appeal of this apple is its unique strong pear-drop flavour.