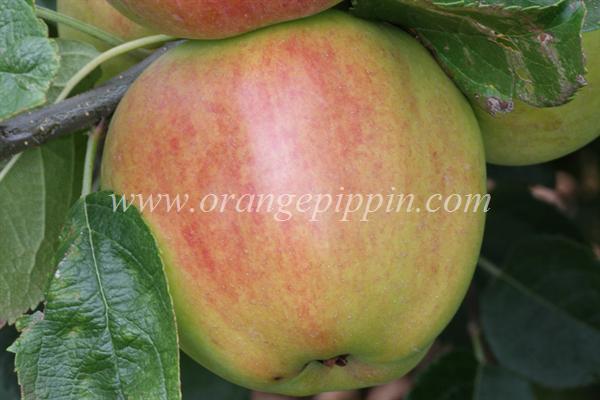 King David is one of the lesser-known apples that were promoted by the famous Stark Brothers nursery at the end of the 19th century.  The tree was discovered as a chance seedling and the parentage is not clear but most authorities agree that Jonathan is one of the parents, and it has the aromatic qualities associated with that variety.  The other parent is believed to be Winesap or Arkansas Black, and visually it has a resemblance to the latter.

King David is well-suited to the warmer southern states, and has good resistance to fireblight, a bacterial disease which is endemic to the mid-Atlantic region of the United States.