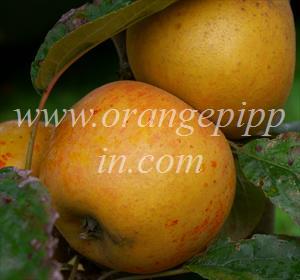 Sports do not arise that often, but are not difficult to find if you know what you are looking for.  A sport usually occurs because of a genetic mutation or fault in a new shoot.  As the shoot grows into a branch, all the leaves or fruit on that one branch will be noticeably different from the rest of the tree.  The difference could be a more interesting colouration of the fruit, or the fruit on the sport branch may appear to be less affected by disease.  If the sport characteristics are desireable the grower can propagate new trees from the sport branch, and these new trees will then be identical to the sport branch rather than the original tree.  It is sometimes said that sports are genetically identical to the original variety, but this is debateable since the sport could be the result of a mutation or it could be the result of a different expression of the same genetic structure.  Either way, a sport is far closer genetically to its original variety than a normal variety bred from parent varieties would be.  It is probably best thought of as a failed clone rather than an offspring in the conventional sense.

Norfolk Royal is a very attractive apple, both in colour and shape.  Norfolk Royal Russet retains this attractiveness, but adds a glorious golden russet tinged with red and gold flushes.  It must surely qualify as one of the best-looking apples.  It has the classic English russet flavours, sweet and pear-like, with soft-chewy slightly dry flesh - very moreish.  As with most russets, it somehow seems more appropriate to eat this apple by cutting it into slices first, rather than just biting into it.

All in all this is a superb apple for a decorative display, which is also extremely good to eat.

This variety is a sport (natural genetic mutation) of: Norfolk Royal